People often ask about the origins of Lenné Estate. The name and face of on the logo look French, but the gentlemen is actually English.

Mr. Leonard Hole, aka "Lenny" aka "Len the Hen" was the father of Karen Lutz, who with her husband Steve, founded Lenne Estate in 2000. Steve is the proprietor, and has been the winemaker since our first vintage in 2004. Karen's father Lenny was a bit of a country squire, living on a chicken farm near the small village of Wokingham, England, located some 25 miles west of London. Lenny passed away in 1999, but left his three daughters a bit of inheritance, and Karen's share was turned into the down payment on the property that became our vineyard.  Sadly, Lenny never got to visit the vineyard named after him, but we like to think he is up there now, happily watching over our vineyard and winery.

Our search for a great site to plant Pinot Noir began in 1999, and ended on a warm April day in 2000. After years in Napa, Steve had been back in Oregon since 1997, managing another winery in the area. He wanted to strike out on his own, but he knew he needed just the right site. He found it in in the Spring of 2000, walking up a steep slope into an old cow pasture. The site was not yet for sale; Steve had heard about it from some friends; and he immediately saw this site had the four criteria required to create an ideal Willamette Valley pinot noir vineyard: 1) orientation, 2) elevation, 3) rocky soil, and 4) a steep slope for good drainage. Steve arrange to buy the 21 acre hillside that very day, paying more than he'd planned, but knowing this A+ site was worth every penny.

What Steve didn’t know was how difficult the site would be to farm. There are many gray areas in wine, but if there is one truth, it is that great wines come from poor soils. Vines are built for reproducing themselves and poor soils control vigor, which means less fruit, of a very high quality.

At Lenné we can vouch for the fact that this soil is about as bad as they come. It’s marine sedimentary soil, mostly the uncommon "peavine" type, and when you dig into it you wonder how anything grows. We have had our share of disasters and lost thousands of plants over the years. We have paid a price for our determination (or stupidity) not to irrigate, and we have made our share of mistakes and felt them sting.

The first few years were very rough, but as soon as we tasted the early wines, the pain began to disappear. The first Lenné vintages immediately revealed why it is essential to source pinot noir from such difficult growing locations. The struggling and suffering are required, are essential to create delicious, dense, complex wines that are totally reflective of their terroir, of the one specific place from which they originate.

For us, and we hope for you, that place is Lenné Estate.
. 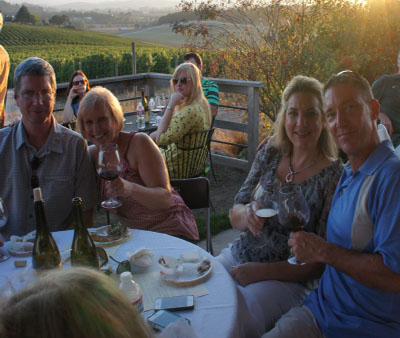 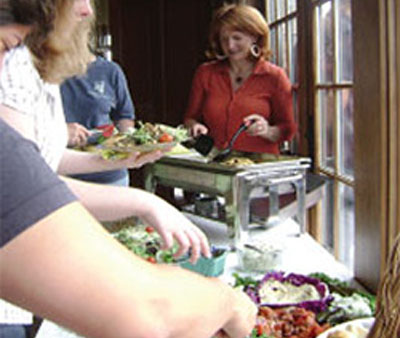 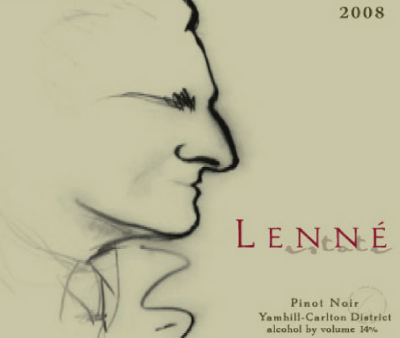